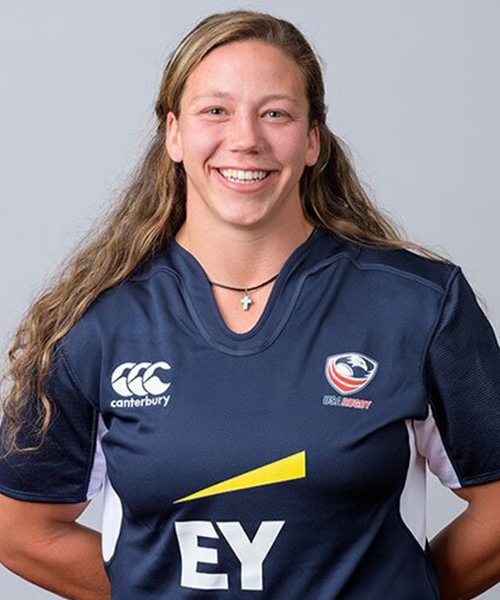 Hope started playing rugby in 2009 in Chambersburg, PA. She played 3 years in high school representing the PA and Mid-Atlantic all- star teams before playing 4 years at Penn State University where she was a 4x All-American and won 4 National Championships earning 2 MVP awards. In 2015 she was the MA Sorensen Women’s Collegiate player of the year award winner.

While in college, Hope received her first USA Rugby Cap in 2013 against France and also represent the USA u20 team during that time. She later went on to play in the 2014 and 2017 World Cup where in 2014 she was named to the All-World team. In 2017 she had her first opportunity to represent the USA 7s team in Sydney and earned 3 7s Caps since then. Her current aim is to make the 2021 World Cup team for 15s next year.