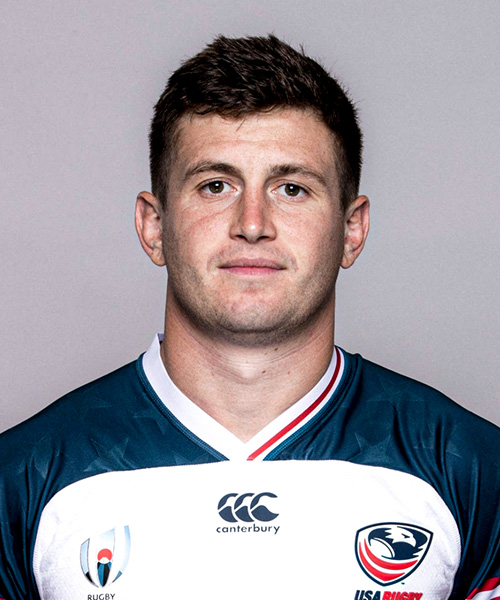 Born in London, England to American parents Will started playing rugby at our local club at 4 years old. Growing up he played all major sports in England; Rugby, Football, Cricket before at 16 he had to make a choice whether to pursue Rugby or Cricket. Will preferred the team aspect of Rugby despite at the time potentially having more prospects for Cricket. Finishing up his studies at the University of Leeds and having played back to back years for USA 20s. Will got my first professional rugby contract with Ealing Trailfinders in the RFU Championship.

When rugby turned professional in the US, Will wanted to come and play in order to enhance his opportunities of representing the Eagles. That dream became a reality in February 2017 when he made his debut against Uruguay. Since then Will has had the privilege of 26 Test caps including back to back ARC champions and 2019 Rugby World Cup in Japan.

The AC is an exciting new initiative collaborating coaches and off field resources in order for players to maximise their potential both on the field and off the field whilst still playing and then helping players transition to life post rugby career. With the world class facilities on offer, I can only see my performances increasing with the help of the AC.